I’m starting a little something new here on Thursdays. In this past year I have been very blessed with such a large number of new readers. Many of my beginning projects have never been seen by most of my new followers, and I thought it would be fun to go back and check some of them out. Now bare with me, my photography skills weren’t up to par on some of these, but some of them are my favorite projects and it’s kind of fun to see what was happening in my family’s life at the time.

I bought this dresser off Craigslist. We drove a long way to see it (my hubby was super excited about that), and it was a definite fixer upper. When we got there and the man lifted the garage we saw just how dated it was, and when we opened up the drawers it smelled like something had died in it.

I thought it had some serious potential though. Topher did not. I think his exact words were “this is crap, nothing can be done with this, just walk away”. He has no vision.

Even though it was 100 degrees out and it weighed 8 million pounds,  we piled it in the car, along with the matching headboard, and we were on our way home. Even though it was hot as the blazes of hell, we had to ride with the windows down to keep ourselves from retching from the smell — which also made Topher super happy. 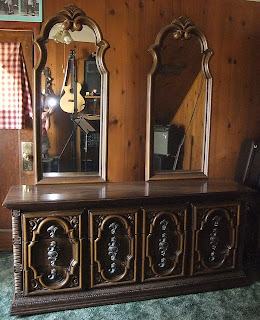 Cleaning this was beyond disgusting. All of the grooves in the carving had layers of unknown gunk which required hours of work and many nasty q-tips.

Once clean I painted with chalk paint. Repeat, repeat, repeat. It soaked up the paint like nothing I had ever seen. Five coats later it was finished.

I then started the glazing process. It took forever. I used a 50/50 mixture of Translucent Mixing Glaze and Minwax Dark Walnut stain. Getting the right amount into the carving without getting too much was sooo hard. If too much got in I had to go in with a toothpick wrapped in cloth to get it out.

I then glazed the top. I was almost finished when I looked down and a huge patch of glaze soaked in way too much in one spot. So here I was with this dark spot right on the top of this dresser I painted 5 times! Determined to make this work, I then started dry brushing on the stain and it started evening out. Thank heavens!

After several coats of wax later, it was finally finished. The pictures don’t do it justice.  It turned out to be my favorite piece. 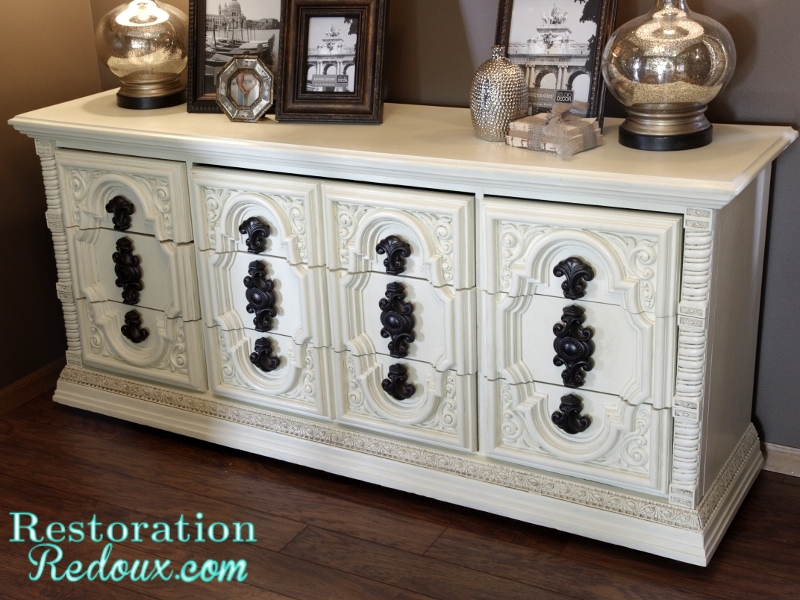 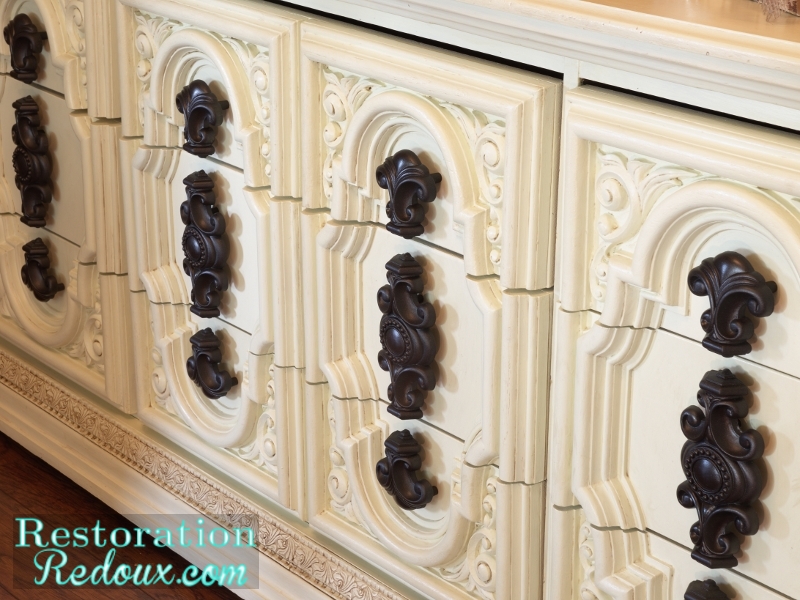 I really had to think hard about whether I wanted to sell it or not. In the end I sold it to a nice couple who used it as their tv console.