Hello my friends! Sorry I’ve been M.I.A. this week. I’ve been watching my sick 2 year-old niece the last couple of days. I have to hand to it all of you mommies out there that are able to work from home while having little ones. I can’t get a darn thing accomplished. Not that I’m complaining, I love spending time with her, and everything else can just sit on the back burner for a few days.

I do, however, want to catch you up on what we did last weekend.

Usually Topher and I are homebodies on the weekends. When the kiddo graduated, and we kicked off our new website about our transition to being empty nesters, we decided we needed to go out and do more, be more adventurous, and try new things. We definitely aren’t getting any younger, and we want to have some fun dating once again.

We discussed before how we would love to be lounging on a different beach each week in the Caribbean … but sadly the budget does not allow it.

So we decided to look around in our own backyards to check out the fun things relatively close to home. While scouring the internet, we came across the Lantern Fest and noticed it was coming to town. Have you seen the amazing pictures on Pinterest of the gorgeous skies, lanterns floating up towards the heavens? Well I have, and it became a line on my bucket list folks.

When I found out they were having one of these 30 minutes away from my house, you bet that I was on board!  I reached out to the event host, and they graciously gave us tickets in exchange for a review.  And although they covered our entrance fee, all the comments in this article are genuine.

The only thing that concerned us about attending was the mid-June heat. Here in Kansas, it’s been wonderfully mild so far, but sure enough last week was a killer. My brother and sister-in-law were also going with us, and she is pregnant with twins, so we were a little worried about how she would do.

Luckily, it cooled off as we sat our lawn chairs in the shade of a huge cottonwood, and the breeze was perfect.

Everyone received an eco-friendly lantern, a Sharpie to write a message or decorate the lantern with, a lighter to start the flame, and a super cute s’mores kit.

The festival was full of food trucks, singers, and games.

Somehow Topher and I got wrangled into playing the Lady and the Tramp game.  They gave all the contestants a fruit-by-the-foot, and we each had to put one end in our mouth, and whichever team got to the middle first won the contest. Unfortunately Topher wasn’t quite pulling his weight, and I ended up with almost the whole gelatinous mound of jellyish goo in my mouth.

It was fun, and they had lots of other contests, like who could chug a 2 liter of root beer the fastest, and who could plastic wrap your partner the fastest.

It was such a mellow, relaxing environment, that was perfect for both families and couples.

The amazing singer Chloe Kat performed, and they lit all of the fires so everyone could make their s’mores.

Here’s our recent graduate and her friend roasting their marshmallows! 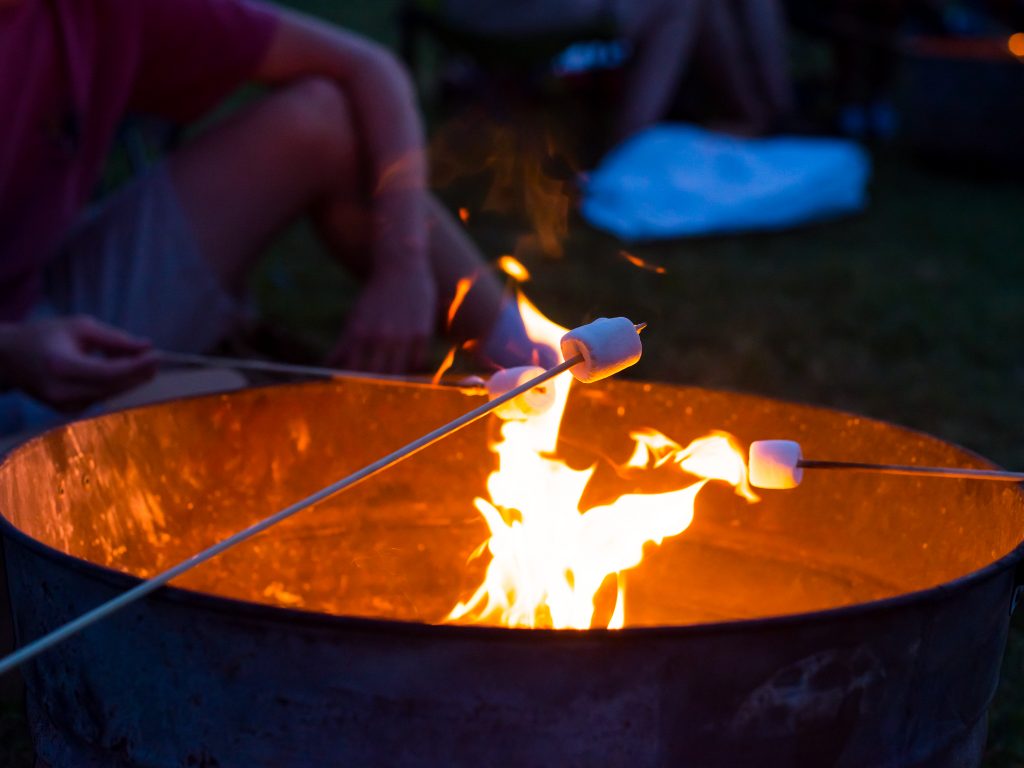 As it grew closer to lift off, the anticipation began to build.  Thankfully, there were tiki torches all over to keep the bugs away.

Finally it was time for take off! 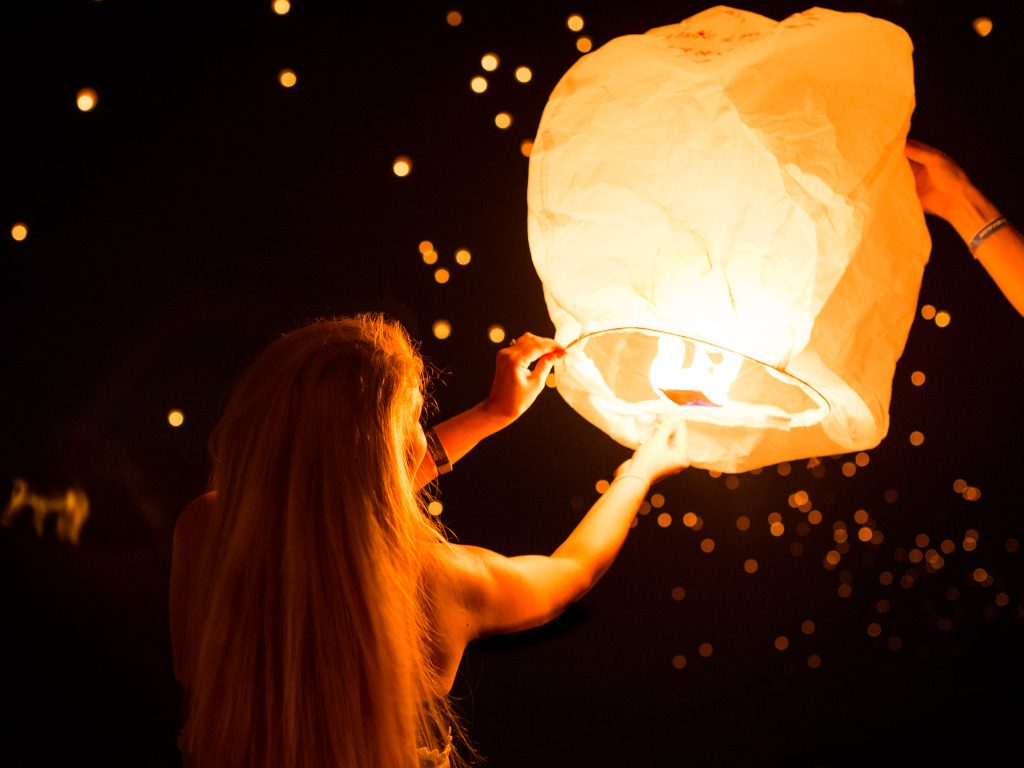 It was such excitement, and then when lift off began, the entire venue went silent, except for some great, mellow music playing in the background.

It was so magical watching everyone’s wishes, written on their lanterns, float away in the sky.  It felt as if we were all connected watching lanterns float off with wishes for everything under the sun, and for memorials for those we have lost. 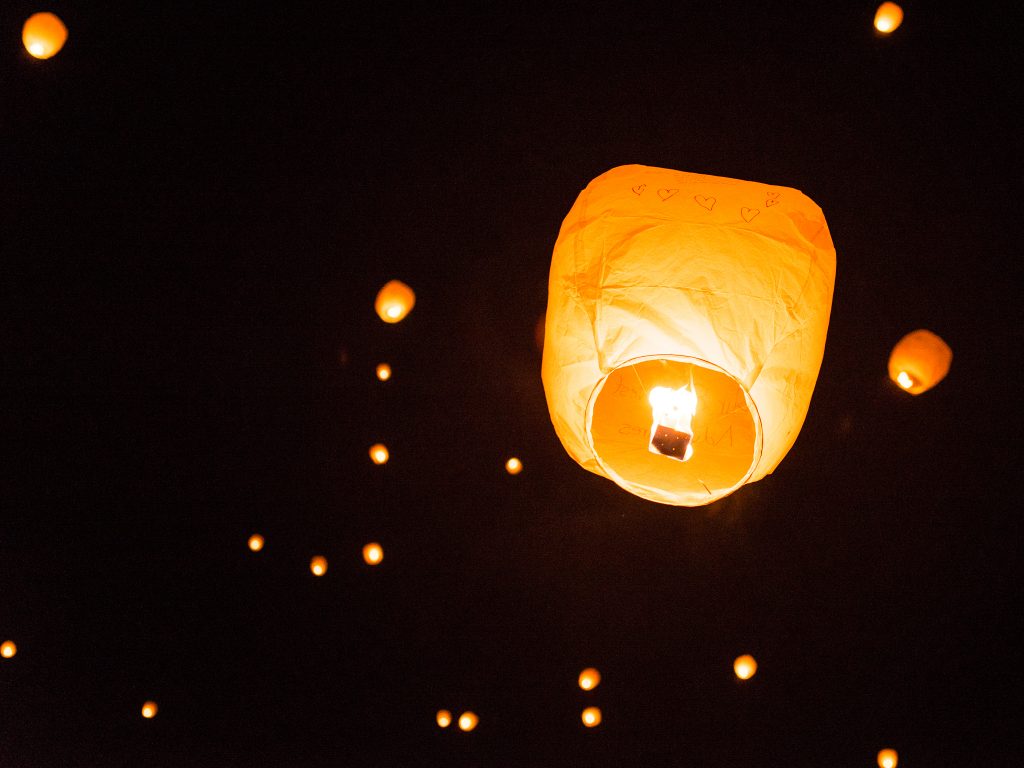 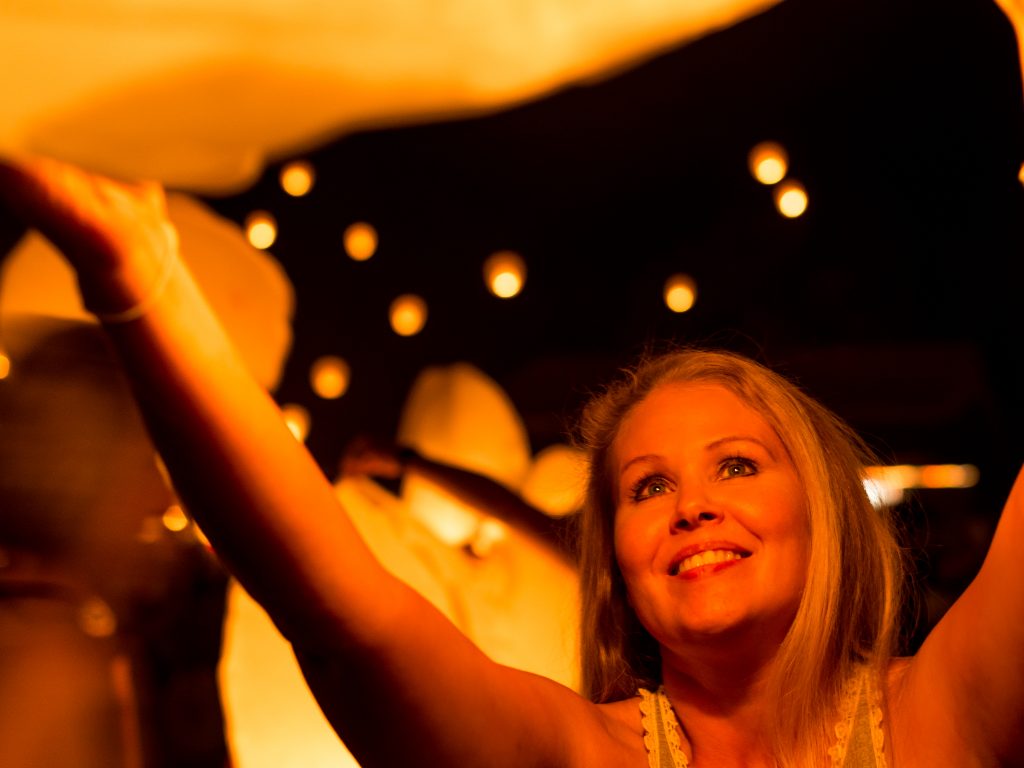 Once we received directions on how to light the lanterns, it took about 30 minutes for everyone to get theirs lit and launched. Here’s a quick video of the release.  The music was added by Topher … this was not the mellow music playing in the background … and it’s sped-up to fit in a 30-second clip.

To top things off, they ended the night with fire dancers.

It was such an amazing experience, and we were so glad we went instead of sitting around watching Forensic Files on a Saturday night.

It was such a cool atmosphere, and we can’t wait to go again next year!

The Lantern Fest takes place in many different locations. Click here to see if it’s coming to your neck of the woods.

If you’re interested in following along with Our Empty Nest Adventures, please feel free to swing by and subscribe to our newsletter.