You know the saying “if it’s too good to be true it probably is”? On this project I learned this the hard way. 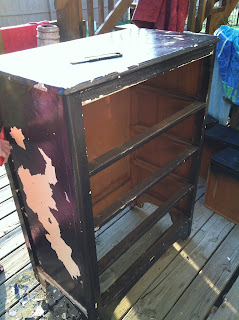 I found this great deal on craigslist. It was a vanity with a cute circular mirror and an upright dresser with great carving from the 1930’s.  $40 for the pair!  I talked my hubby into going to take a look at them (which is code for “Shanna’s going to buy these”).

We got there, and they were so cute! The only problem was that they were coated in lots of paint. Not just lots of paint, but lots and lots. My hubby tells me walk away. But no, I knew I could transform them.  As hard as it is for me to say this, it turns out that sometimes husbands are r-r-r-r-right.

The reason I use chalk paint is that I don’t like to sand. I have rheumatoid arthritis and the sanding hurts my wrists. So the chalk paint is perfect because it adheres to anything and you don’t have to sand beforehand.

These paint-saturated pieces had to be sanded.  There were big chunks for paint missing and if I painted over it, it would never be even.

They had coated this in so many layers of what I guess was spray paint that it turned into a thick rubbery coating. Stripper, stripper and more stripper and nothing.

I had to peel the entire dresser by hand. Did I mention that I had to do this on the deck in 105 degree Kansas heat (which means wind and humidity to boot)?

It took me weeks. Once the spray paint was off, I realized underneath was 3 coats of oil based paint (which turned to goo when the stripper was on it) and for an extra treat several coats of latexy something under that.

I hated this dresser. I literally would have set a match to it or taken out some Office Space type of assault, but a super nice lady who bought two of my pieces for her darling daughter’s bedroom wanted an upright dresser also and at the time this was the only one I had. 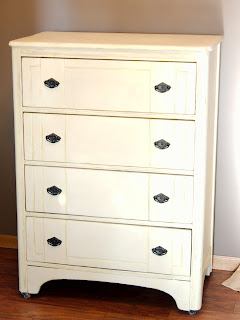 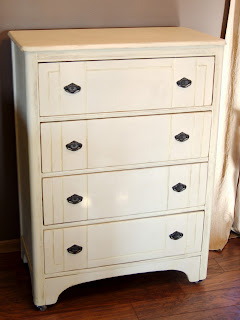 Long story short, it turned out to be a nice piece. I painted it an ivory color and once distressed, it was the right amount of rustic charm.

Now if you figured out how much I would have had to charge her to make all my hours pay off it would have had to be around the $3000 range but you live and you learn and you never buy furniture you have to strip.

Oh and if you’re wondering where the cute vanity is that went with it? It’s in my basement where it will probably be for the next 10 years or until I loose my mind again.